The community of Kliptown has for the past 17 years had a problem with accessing and playing a part in the management of their own community centre. The centre was built by the City of Johannesburg, but was never officially handed over to the community. The above amongst other reasons contributed to the reasons as to why the centre and its facilities were vandalized by the residents and outsiders. Poor management of the centre affected the community members in some of the following ways: clashing of events due to a lack of reception where bookings can be done, dominant use of centre by people other than those of Kliptown as well as no option, but using the constantly dilapidating structure.

Towards the end of February 2011 the Kliptown ISN development team decided to take the first step towards addressing this challenge. They approached the City of Johannesburg with the concern; however they were referred to the Johannesburg Property Company (a company that is sub-contracted by the City to manage the Kliptown community Hall amongst other properties owned by the City). On the 4th of March 2011 the team had a meeting with JPC. In the meeting, the ISN presented the challenge and went on to propose how they as the community can have a hand in the development, maintenance and management of the centre. The ISN was requested to put the proposal in writing of which they did within a week. Weeks and months after submission, no response was received. Up-to-date no response has been received. Without any community consultation and involvement, a company called Kingsway Construction has been sub-contracted to renovate the centre.  The Kliptown ISN project team strongly believes that the renovation was motivated by their proposal as well as their follow ups. Their reason for this notion is that the centre was left for years to be vandalized and never maintained, but only a month after their proposal, renovations are done. The biggest problem however lies in the fact that (1) there has been no community consultation prior to the renovations. (2) Renovation is being done without community participation. The ISN community leaders of Kliptown view this as a poor approach to community empowerment. “What is being done is good, but the manner in which it is being done is unacceptable” Jeffrey said.

The community is currently attempting to set a meeting with JPC to make a follow up on the above mentioned issue. Besides the follow up, the ISN would like to use the next meeting with JPC as an opportunity for advocating for the community’s involvement in the management of the centre. Since Gauteng now has a teams for all components, the Kliptown community members have requested for support from members that fall under the component of ‘Partnership with Municipalities’ to take part in the next meeting with JPC. The Gauteng ISN component representatives have began supporting their respective components as was witnessed in the case of Majola (one of the representatives of the pilot project and technical team) who supported Kliptown during the last visit dated 17/05/2011. 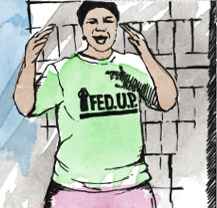 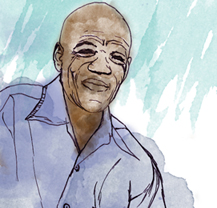